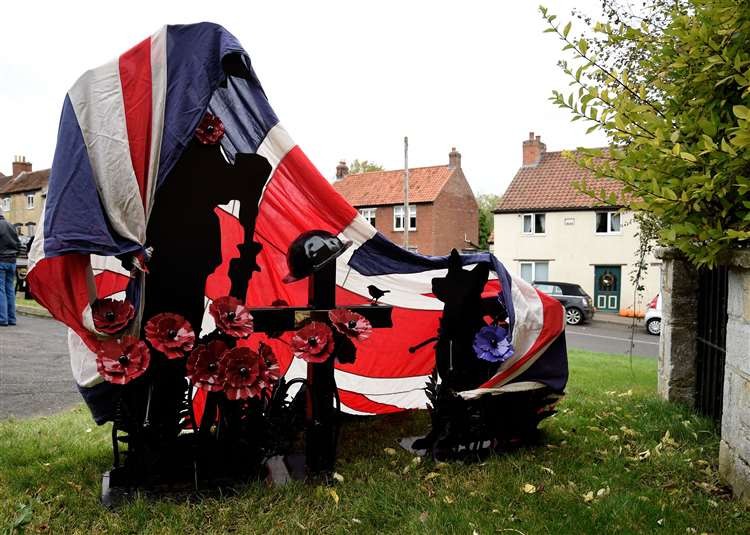 Artwork to remember the fallen was donated by a manufacturer to a village ahead of Remembrance Day.

Chris Kennedy of Roll and Scroll fabrication created a one-off design for the village of Colsterworth, which was unveiled on Saturday morning at the village war memorial.

The artwork depicts the 'Lone Tommy' soldier, as well as Bullet and Brian, the war dog and pigeon, and also has both red and purple poppies.

Chris, joined by wife Michelle at the unveiling, also created remembrance cross pots after an anonymous donation from a villager.

Ben Doughty from B&Q was in attendance at the unveiling after the business donated paint and other materials to the artwork. 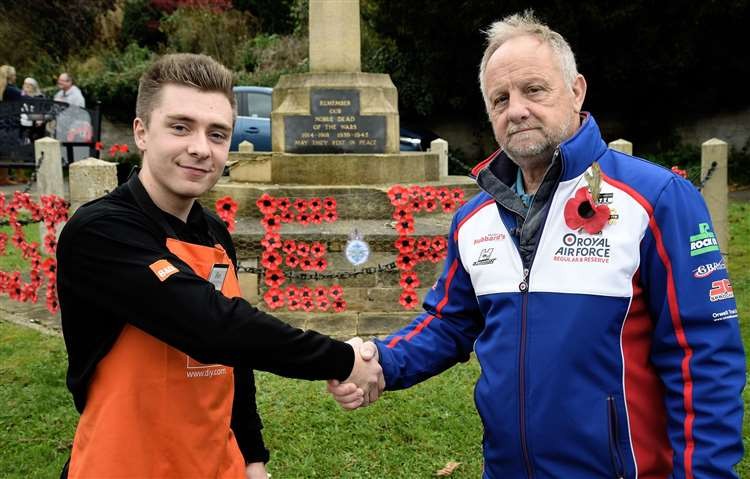 The village members of the Committee for the Festival of Remembrance who were present at the unveiling included, Caroline Hainsworth, David and Debi Heath-French, Jackie Taylor as well as Sue Grant representing the parish council along with the villagers who came along to watch the unveiling.

Colsterworth villager, Jackie Taylor was involved in the project. She said: " We are lucky to have great support from the Colsterworth and Woolsthorpe villagers who give so much to make this special day happen.

"We would like to thank Chris from Roll and Scroll for the generous donation of the two statues.

"We would also like to thank the team who helped Chris put the Tommy in place (it's heavy!) and especially to Chris and Shannon who kindly allowed us to put it on their property.

"A few more people left to thank are the Craft Club knitters, especially Pat Harris and Christine Munton and the whole army of knitters and crafters who do it all year round for us.

By accepting you will be accessing a service provided by a third-party external to http://www.cfor.org.uk/